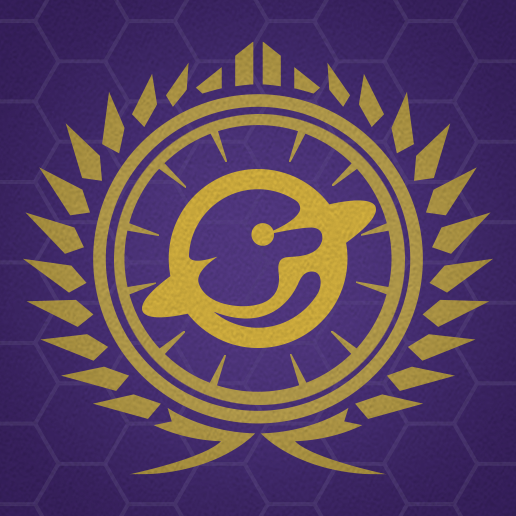 “A healthy nation is a powerful nation”

“Fat food, pasta, and rum – these products kill not just your body, but your evolutionary superiority as well. Leave it for the Dominion”

The Galactic Federation is a predominantly human superpower in the Hyperborean Galaxy which resides on Cosmopolaris, a huge planet that contains only one city, but this city takes 100% of the planet’s territory. Obsessed with creating a healthy nation, its authoritarian government prohibits rum, fat food, and pasta. The Federation is currently at the state of Cold War with the Arkhan Dominion, and it takes it pretty seriously – they prefer to ruin the economy of its own citizens to get any military advantage of their rivals.

One Planet to Rule Them All

Since the invention of Solar Sails, when both planets, Sonaris and Cosmopolaris realized they can go into space, they have been at war against each other. Both planets shared the same star, Tanaris, but apparently, its solar system wasn’t big enough for both. Eventually, Cosmopolaris came out victorious. However, their economy wasn’t suitable enough to sustain both planets. As a result, they decided to forcefully migrate all of the Sonaris citizens into Cosmopolaris. They did the same with other planets within their solar systems. Eventually, Cosmopolaris turned into a dense planet with a population of a dozen planets they have conquered. They used the planets they had conquered either as prisons or as military bases.

For decades, the Galactic Federation has been a local authority within its own solar system. Everything changed when it engaged a war – the Global Galaxy War I – against the Empire of the Holy Lance, a tyrannical military power that sought to control the galaxy. With the help of the Arkhan Dominion, an equally powerful military force, it liberated the planets previously conquered by the Empire and defeated the Empire for good. With the capitulation of the latter, the planets the Federation had liberated accepted its authority, unsuspecting that they had merely traded one tyranny for another.

The newly formed political power sought to establish its dominance over the galaxy, but they weren’t alone. The Arkhan Dominion was pursuing the same goal. Both superpowers clashed in a 20 years war, the Global Galaxy War II, which eventually ended in a peace treaty. This peace treaty ended up with the Federation controlling 60% of the known galaxy, but it didn’t prevent the cold war against the Dominion it fights by this day.

Since the beginning of the cold war, the Federation has been pushing their “Healthy Nation” agenda, totally prohibiting fat food, pasta, and rum. These diabolic regulations caused entire markets to collapse and sparked countless rebellions across the peripheral planets. One of these rebellions was the (in)famous rebellion of Captain Solomon Moreguns, whose devoted followers were honored to be tested the Federation’s new biological weapon on. Ironically, Moreguns was the only survivor – he paved his way through an army of Federation ships but lost his entire crew and his wife and son. 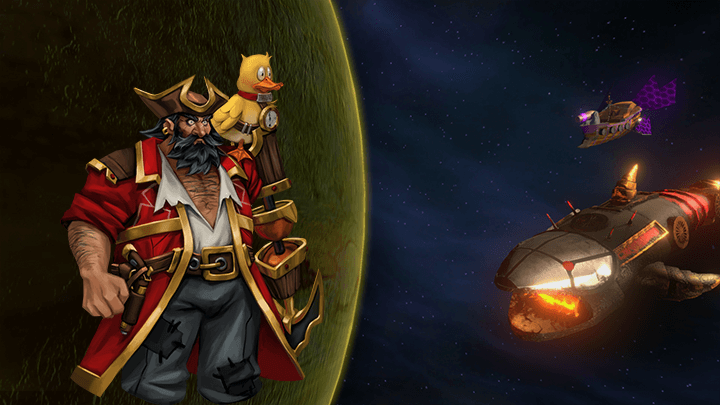 All About Galactic Federation

The Federation propaganda machine works better than expected. Most Federation citizens genuinely believe the forbidden products (fat food, rum, pasta) either kill you or turn you into cockroaches and that it’s their duty to cleanse the galaxy from those that think otherwise. This kind of close-mindedness makes them totally lack a sense of humor. Tell a Federation citizen a joke, and he would take every word literally. Make it too complicated, and he is likely to accuse you of being a Dominion spy, or in short, a “Dommie”.

The Galactic Federation spans dozens of star systems and planets, so the number of religions, teachings, and conspiracy theories across its territory is practically uncountable. All these have one thing in common – every single one of them revolves around explaining the existence and the “real purpose” of the Solar Obelisks and the Runes. Some think these were made by an extinct race, some think they are gifts from gods, but there is one that went ahead of them in terms of popularity – Sakhism.

According to Sakhism, the Federation Council uses the Solar Obelisks as technologically advanced surveillance devices to monitor their activities in space. Should a citizen drink rum, eat pasta, swear, or joke, the Obelisks immediately report to the Council. Many of the Federation sailors doubt it works, but nobody is eager to try. The Federation Council neither confirmed nor denied this claim, seeing how effective the benefit of the doubt is.

Nowadays, the Federation controls over 60% of the known galaxy. It is governed by a council that resides on Cosmopolaris, and rules with an iron fist and brutal propaganda, constantly demonizing pirates, Pastafarians, Dominion, and of course Captain Moreguns. The latter has become the most fearsome pirate of the galaxy. So fearsome, in fact, that the Federation developed technologies dedicated particularly to catch pirates.

The Federation has universal healthcare, albeit it is virtually inaccessible for the masses. That is because, in order to be qualified, citizens need to pass a set of almost impossible tests that would determine if an individual is – and has been – doing 100% to save their health. If they find out you’ve ever, even once, as much as consumed something that isn’t healthy, they are instantly disqualified and excluded from universal healthcare. The obvious result is that only a minuscule, negligible proportion of the entire population is qualified. And, of course, government officials, and other very influential people.

Furthermore, the pension system of the Federation functions in a very unique way. Pension contributions are deducted from peoples’ salaries and placed into a pension fund. These pension funds finance the operation of distant, luxury retirement resorts where senior citizens may live carefree after a lifetime of work. Interestingly enough, nobody has ever visited the resorts and came back to tell about it. In reality, the pension funds are just another investment asset for oligarchs and retirement resorts are extermination camps where retirees are gassed during their first night’s sleep.

Since the Federation controls such a large territory, most of its navy is made of fast, cheap, and agile ships. They rely on cunning combat – diversions, traps, hit-and-run tactics. The Federation Navy has lots of Mining Stations all over their territory, which undergo constant raids from pirates. As a result, they put a lot more defenses on these, which more often than not include EMP and death traps.