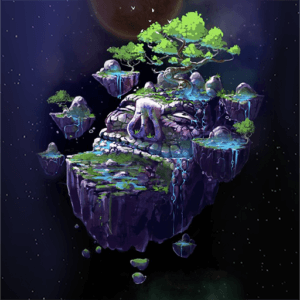 “When The Rock met The Chill, shit has got real”

“We are all stardust”

Glyphens are a race of living self-aware asteroids. Their cores are gas-like substances wrapped in stone shells. Their stone bodies are imbued with runes and have crystals protruding from them. This kind of physiology ensures their immortality unless the stone shell is destroyed and the gas core is heated.

They do not have a fixed appearance, since no two stones look alike, but they do have certain similarity groups. Usually, it depends on their age – the older a Glyphen is, the more stone mass it is likely to absorb. As such, the older Glyphens are usually the bigger ones.

The Glyphens were brought to life by magical runes of an unknown origin. Their creation myth states that once there was only a huge lifeless rock – The Rock. This rock had been wandering the galaxy without a purpose until it met The Chill – a gas-like substance that was breathing life into everything it interacted with. The Rock absorbed part of The Chill and gave birth to sentient rocks imbued by glyphs all over their bodies. And thus, when The Rock met The Chill, shit has got real.

One might assume Glyphens are careless beings who can only talk about a higher purpose (or lack of thereof), but that would be a big mistake. If there is anything these living stones have in abundance, it’s self-awareness. Not only are they familiar with their past, but some of them have experienced it firsthand. At times when The Chill was red, and so are their runes, Glyphens used to be extremely militant. It might have helped them against the human colonizers, but it almost caused their homeland to shatter. Realizing the imminent existential threat, the leaders of two warring factions, Stonefather and Glyphmother, engaged in a peace treaty, which lasts by this day.

One day, completely out of nowhere, Glyphens were attacked by the Empire of the Holy Lance, a human empire that sought to get rid of all alien races in the galaxy. After thousands of years of peace, they were shocked to experience such hostility towards them. Almost half of the Glyphen races were wiped out. Only uniting with the forces of the Resistance – which contained all other races, as well as Galactic Federation and Arkhan Dominion – could they avoid total annihilation.

Learning their lesson, Glyphens realized that peace sometimes needs to be fought for, so they organized defense formations around their planet. Yet still, peace remained the number one priority. When both the Dominion and the Federation forces tried to recruit them to fight in the Global Galaxy War II, Stonefather was the one who drove them out peacefully. He was such a slow and careless negotiator, who delayed and postponed so many decisions, that both superpowers eventually gave up. 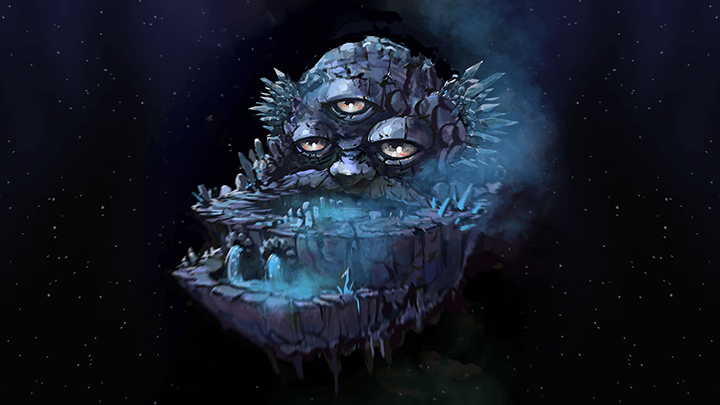 From the geographical point of view, The Rock is the planet Glyphens inhabit. The Chill is the very star The Rock revolves around. The Glyphens , immortal by their very nature, have transitioned from a race of aggressive stone-eaters into a society of great philosophers and pacifists. Glyphens do not take part in any conflicts across the galaxy, but would not hesitate to put up a fight when attacked.

Having lived for thousands of years, Glyphens have a lot of things to say about the world. They prefer to speak up their deep philosophical thoughts through rap. Some of their lyrics are too deep for other beings to understand, but maybe it’s even better for the unprepared mind. Either way, Glyphens don’t have the means to write their lyrics down, so all of their deep texts are forgotten the day after. Those who did write them down and tried to understand them usually went mad in the process. It is said that the Flying Spaghetti Monster is the only one able to get to the depths of their lyrics and even used them once to reach the hearts of its first followers.

Glyphes rarely use offense or assault tactics. They are more inclined to defense. They either use large living asteroids to dispatch disposable pebbles or put up a line of ranged Glyphens that shoot devastating rays.